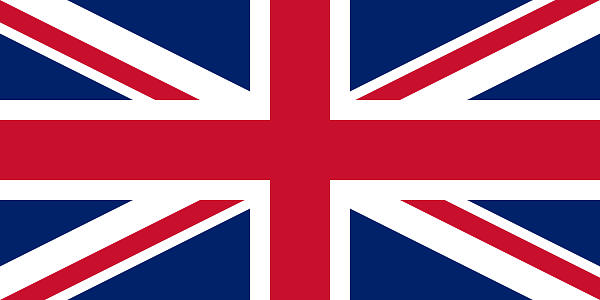 Academics and Professionals for Positive Changes in Ethiopia(APfPCE)

1.1. We the undersigned British academics and professionals of Ethiopian origin who have come together under an initiative called, Academics and Professionals for Positive Changes in Ethiopia (APfPCE)1 are concerned that the UK response to the looming crises in Ethiopia would lead to major ramifications for British interests in the subregion.

1.2. Some of the recent recommendations coming from the UK Parliament and actions being considered by the British Government to force, and not to work with, the Ethiopian Government to act in certain ways, would undermine the transition and impair regional stability. Consequently, it will damage UK’s strategic interest in the whole region.

1.3. We fear that instability in Ethiopia would have domino effects on the whole region leading to nation collapses, endless conflicts, and a displacement of biblical proportion. That will also turn the region into a breeding haven for international terrorism.

1.4. The safety and security of the Red Sea, and the Gulf region would be compromised

1.5. If we let the situation take its course or in any way contribute to its occurrence, the scale and magnitude of the disaster that Britain and partners would have to deal with would be beyond any of their previous experiences.

2.1. We believe that Britain is well positioned to use its historical relations with Ethiopia, not to pressure and isolate, but to engage and work with the Ethiopian Government in order to avert the looming crises.

2.2. Use its role in G7 and the UN Security Council to facilitate a coordinated and meaningful response to the humanitarian needs in Tigray

2.3. Work with the Ethiopian Government to open and maintain unfettered access to international investigation and bring those who perpetrated war crimes, and crime against humanity to justice, if the allegations are confirmed by credible and independent investigators.

2.4. Encourage Egypt, the Sudan and Ethiopia, to follow peaceful and negotiated settlement on issues relating to GERD and any boarder disputes

2.5. Engage with Ethiopia, and we are very committed to help in strengthening the strategic relations between the two countries. We believe that Ethiopia is well positioned to showcase British post Brexit and post covid international ambitions, and its soft power to the New Africa, and our collective efforts and focus should be on helping Ethiopia transit to a more stable, more democratic and stronger ally of Great Britain

1 APfPCE is an independent and impartial initiative whose main aim is to generate ideas and strategic options that would contribute to positive changes in Ethiopia and strengthen the relationships between Britain and Ethiopia.

3.1. Britain and Ethiopia have enjoyed one of the longest bilateral relations in history. Over centuries , the two countries have maintained close economic, diplomatic, cultural and security relations. As the Rt Hon Baroness Anelay DBE, the head of the UK Parliamentary delegation that visited Ethiopia in February 2019, has rightly highlighted, ‘Ethiopia is also important to the UK’s objective of improving the security of the whole region’.

3.2. Ethiopia is undergoing a profound, but complex, political transition set alongside economic and social transformation. After a weeklong visit to Ethiopia in 2019, the British Group Inter-Parliamentary Union (BGIPU) delegation, confirmed seeing an, “impressive transformation in Ethiopia”.

3.3. Following the recent development in Tigray, some of the options being considered by the British Government to force, and not to work with, the Ethiopian Government to act in certain ways, would undermine the transition and impair regional stability. Consequently, it will damage UK’s strategic interest in the whole region.

4. The situation on the ground

4.1. As one of the key leaders of the Tigray People Liberation Front (TPLF) has unequivocally admitted, the TPLF launched, on 3 November 2020, a surprise attack on the National Defence Forces of Ethiopia that were stationed in Tigray. Their motive in launching the attack, according to the US Government, was “to overthrow the Prime Minister and return to the type of privilege they had enjoyed within the Ethiopian State for the last 27 years”.

4.2. While the Ethiopian Government has been engaged in law enforcement, and in providing and facilitating humanitarian assistance and in rebuilding and rehabilitating the region, the TPLF machine of lies and disinformation, paid consultants and lobbyists have been working 24/7 to disseminate fibs and fake stories that are contrary to realities on the ground. Major media outlets, and research institutions, including, the Royal United Services Institute (RUSI); BBC; Washington Post; Africa News; etc. have raised concerns about the level and magnitude of fabrications that the group and its supporters are involved in. A recent analysis by the BBC confirms that the spread of misinformation ‘includes materials either not directly related to the conflict or, sometimes, altered to make it look like it is’.

4.3. The Government of Ethiopia has fully responded to all concerns raised by the international community, and it has:

• Formed a provisional administration, consisting of Tigrayan academics, professionals and representatives of political parties operating in Tigray has been formed and the effort to rehabilitate, retrain and reintegrate former members of the police, militia, and civil servants is progressing well – “Tigray by Tigrayans”.

• Opened up the region for humanitarian aid, and coordinating activities with more than 36 UN agencies and aid organisations

• Put measures in place to focus on bringing the top leaders of the TPLF who were directly involved in crimes committed, but retrain, reintegrate and rehabilitate members of the Tigray security forces, and the civil service.

4.4. International pressure on Ethiopia has been, least misinformed or misled by highly funded from ill-gotten monies and well-coordinated smears and distortions.

4.5. The British approach and the recent recommendations from the British Parliament’s International Development Select Committee, which we believe are partly informed by the above, could benefit from independent and objective investigations into the situation and from constructive and collaborative working with authorities in Addis and partners on the ground.

Rakeb Alemayehu on Seifu show for the first time

Latin America has started to open too soon, the WHO's Regional Director Carissa...

The sun is rising over Ethiopia

A hundred million strong Ethiopia with an inward oriented leader could change the...

Bosnia and Herzegovina: Hundreds of children trapped in...

Refugees and migrants trapped along the Balkans migration route, including some...

When Wissanu Kengsamut was younger, he and his friends would go to the local temple...