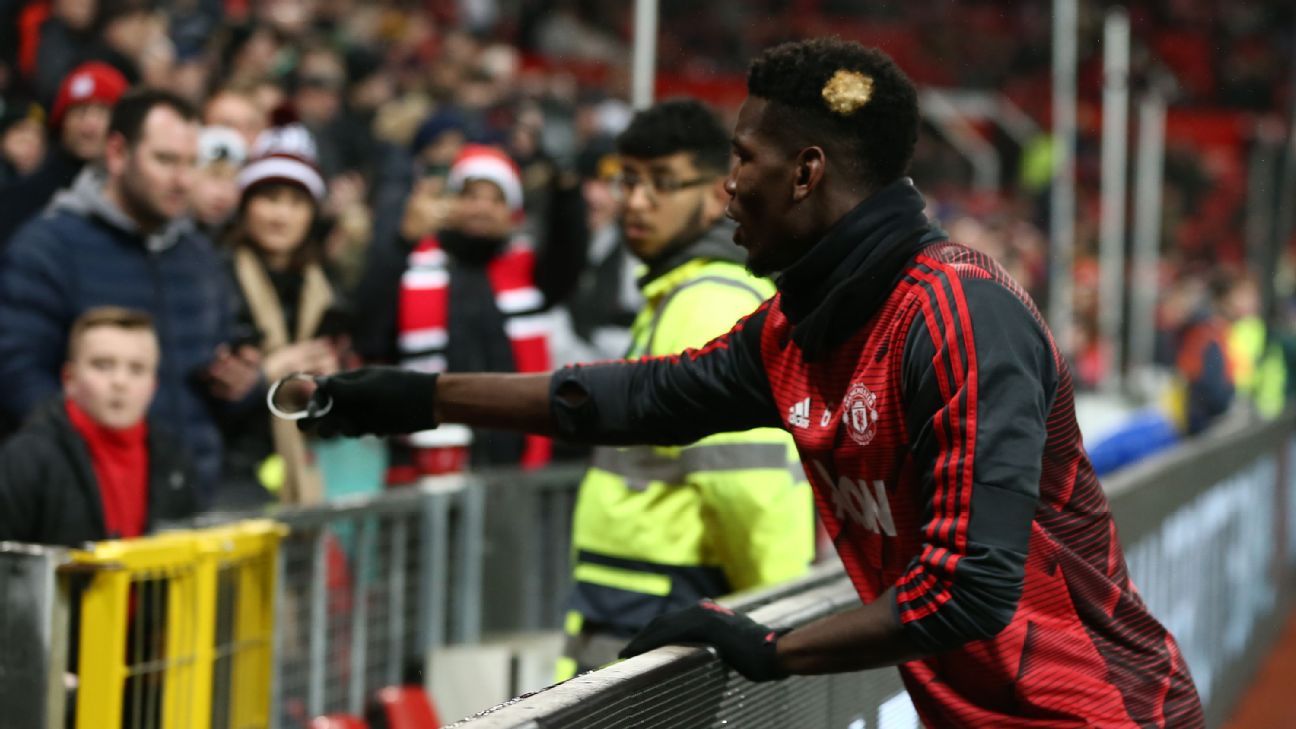 MANCHESTER -- Paul Pogba has said he asked his Manchester United teammates to wear anti-racism wristbands because of "ignorance" leading to growing levels of abuse aimed at players.

The United players wore black and white bands with slogans "no to racism" and "we are one" ahead of the 4-1 win over Newcastle on Boxing Day.

"Basically I was thinking about doing this for a long time," the France international said. "I mean, a lot of players in a lot of leagues -- not only in Premier League, in Italy, Spain, everywhere -- and we keep hearing this.

"So, this is to show that we're against that [racism]. I don't want to go and make interviews but just I know that it will make people talk. We are just for football, enjoying football. We do what we love.

"We give joy to the fans, to everyone, to all the spectators and that's all we want to see in the stadium. I think it's ignorance. Ignorance and stuff like that, and just to show people that you are all one. We are all one."

Pogba has also experienced racist abuse on social media this season after missing a penalty during the draw with Wolves in August and the midfielder suggested it was the duty of the players to use their platform to make a stand.

"I don't want to go through UEFA or FIFA, I have done it myself," he said. "I think we have the chance to have this power to show things in football, on TV.

"People see it so I think that will make people understand some things. We keep seeing it again and again in a lot of stadiums.

"It's just to show that, to give support to all the players -- I mean, black or white or Chinese or whoever you are. But there is only one race.

"And just to show respect to everyone. Like I said, we are all one. We all came here to enjoy football, to enjoy ourselves and to do what we love."

Man United routed Newcastle. Now can they do this consistently?

Ethiopia: Crisis in Tigray enters sixth month with no clear...

Geneva Palais Briefing on the situation of children in Tigray, Ethiopia GENEVA,...

A look at search engines with their own indexes (2021)

British Prime Minister Boris Johnson suffered a further blow to his authority on...

Train strikes: Drivers to walk out over pay on 13 August

Drivers at nine rail companies will walk out again next month, the union Aslef says.