Crook-gressman Gregory Meeks: How Much is the TPLF Paying You to Push Sanctions Against Ethiopia? 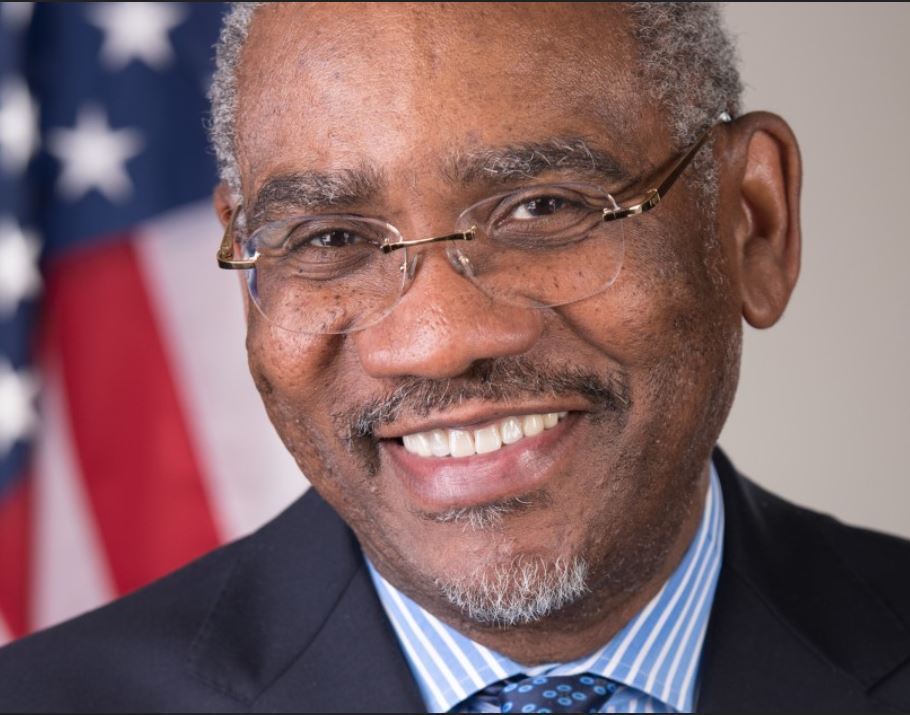 Meeks is a certified crook who has been on the take (taking bribes) for a long time.

As Meeks points an accusatory finger of sanctions against Ethiopia, he is blind to the fact that three fingers are pointing at him for dodging criminal indictments.

Meeks is a crook who belongs in the jailhouse not the U.S. House of Representatives.

Meeks is generally regarded by watchdog groups as the most corrupt member of Congress.

Meeks’ crimes, lawlessness, misconduct and wrongdoing are as vast as they are mindboggling in their criminal sophistication.

But for the protection he received in the Obama administration and from the democratic congressional leadership, Meeks would be writing letters urging sanctions against Ethiopia to Blinken from a cell at the United States Penitentiary, Leavenworth.

Crooked Greg is more crooked than a bag of snakes!

Read below to assess the “criminal case” against Meeks.

Congressman Gregory Meeks, (D-NY), Chair the House Foreign Affairs Committee, has been pushing hard for “sanctions” against Ethiopia for the past few months.

On March 30, 2021, Representatives Gregory W. Meeks (D-NY), Chairman of the House Foreign Relations Committee, sent a letter to Secretary of State Antony Blinken. “We urge the Administration to continue its efforts to assess credible reporting and impose targeted sanctions swiftly.”

On May 10, 2021, Meeks issued a statement “urging the Administration to urgently use all available tools, including sanctions and other restrictive measures, to hold all perpetrators accountable and bring an end to this conflict.”

Meeks purported “fierce urgency of now” is based on his own inexcusable willful ignorance and disingenuous claims of 1) “humanitarian crisis” in Ethiopia based on  fabricated reports, 2) “deep concern” over the alleged “failure of the Government of Ethiopia and the Government of the State of Eritrea to honor their public commitments to withdraw Eritrean forces from Ethiopia”, and 3) lack of inclusive political dialogue and gross violations of human rights in Tigray.”

The kernel from all of the hull (I did not say bull) Meeks has kicked up in the air is simply the return of the terrorist Tigray People’s Liberation Front to power in Ethiopia.

The key phrase in Meeks’ letter and statements, as well as in letters and statements by other members of Congress, is “inclusive dialogue”.

That is a coded phrase to demand dialogue with the TPLF as a precondition for U.S.-Ethiopia bilateral relations!

All of the song and dance by members of Congress, there is ONE and ONLY one thing they want: RETURN OF THE TPLF TO POWER IN ETHIOPIA THROUGH NEGOTIATIONS.

That will not happen even if hell freezes over and the Princess of Darkness Susan Rice goes ice skating with the rest of the TPLF demons!

A meticulously researched and documented 72-page report issued by the New Africa Institute on May 9, 2021 entitled, “Disinformation in Tigray: Manufacturing Consent”, exposes to the bone how the major Western press and policy makers, including members of Congress like Meeks, have propagated disinformation to discredit and demonize Ethiopia.

The conflict in Ethiopia’s Tigray state is an irredentist, ethnic secessionist war led by the Tigray People’s Liberation Front (TPLF) against the multiethnic federal government.

The US and EU, which provided TPLF support during its 27-year reign, continued to lend support to TPLF after 2018 even as it was greatly weakened and forced to retreat from Addis Ababa to its regional capital. Emboldened by the Western media, NGOs and governments, TPLF, by its own admission, started the conflict in November with secessionist and irredentist aims. Since the start of the conflict until the present moment, the majority of coverage on Tigray has been marked by massive levels disinformation.

Western media has, retroactively and proactively, forwarded a number of allegations of crimes against the people of Tigray perpetrated by the Ethiopian and Eritrean militaries. Eritrea has served as the primary scapegoat for alleged crimes include massacres, mass rape and sexual violence, looting, extrajudicial killings, genocide, ethnic cleansing and war crimes. Much of the reporting of these crimes, devoid of evidence and context, has proven sensational and racist with simplistic savage-like portrayals of Eritreans and Ethiopians that draw on old colonial tropes of Africans.

Meeks is a certified crook who has been on the take (taking bribes) for a long time.

As Meeks points an accusatory finger of sanctions against Ethiopia, he is blinded to the fact that three fingers are pointing at him for dodging a criminal . indictment

Meeks’ crimes, lawlessness, misconduct and wrongdoing are as vast as they are mindboggling in their criminal sophistication.

But for the protection he received in the Obama administration and from the democratic congressional leadership, Meeks would be writing letters urging sanctions against Ethiopia to Blinken from a cell at the United States Penitentiary, Leavenworth.

Meeks is generally regarded by watchdog groups as the most corrupt member of Congress.

Meeks is a crook who belongs in the jailhouse not the U.S. House of Representatives.

A U.S. House of Representatives Office of Congressional Ethics in a 67-page  report found:

The Office of Congressional Ethics learned that the $40,000 Representative Meeks received from Edul Ahmad did not set interest rate or repayment terms, of a legitimate loan. Therefore, this $40,000 transferred to Representative Meeks in 2007 appears to have been a gift.

Representative Meeks failed to properly disclose the $40,000 as a gift on his Calendar Year 2007, 2008, and 2009 Financial Disclosure Statements and may have violated House rules, standards of conduct, and federal law. (Italics added.)

But no action was taken against him despite incontrovertible evidence he violated House Rule 25 and applicable standards of conduct, by receiving an improper loan.

In February 2008, Meeks agreed to pay $63,000 to the Federal Election Commission (FEC) for using funds from his campaign committee for personal expenses, misstating its finances and accepting contributions above federal limits during the 2004 election cycle.

Meeks paid $27,000 in campaign funds to a company set up by his treasurer — whose husband is on the congressman’s government payroll. Treasurer positions are typically a volunteer role on a campaign.

In January 2010, Meeks was involved with a nonprofit called New Direction Local Development Corporation. Among other irregularities, the group raised money for Hurricane Katrina victims who never received the money.

In March 2010, the New York Times reported, “Money is so tight, Representative Gregory W. Meeks says, he does not have a savings account with more than a few thousand dollars in it. And yet Mr. Meeks, one of New York City’s most prominent Democrats, lives a life worthy of a jet-setter.”

Allen Stanford was jailed for 110 years for $7bn Ponzi scheme.

Attorney General Eric Holder is a good friend of Meeks. That investigation was shut down cold.

Meeks went on a 2013 Congressional trip to Baku, Azerbaijan, subsidized in part by corporate interests which lobby Congress — a violation of House rules. Shortly after he returned, Meeks sponsored a resolution wanted by those same corporations.

In 2013, Meeks was named as “one of the most corrupt members of Congress” for the second year in a row.

Meeks pushed to let an Iran-backed natural-gas project dodge US sanctions after attending an illicit junket paid for by energy companies.

In February 2017, five House employees were placed under criminal investigation for alleged theft of equipment from more than 20 member offices and accessed House IT systems without lawmakers’ knowledge. Meeks waffled on terminating one of the suspects despite the fact other members terminated them.

Crook-gressman Meeks has a constitutional right not to incriminate himself

Meeks has consistently refused to make himself available to interview with congressional and criminal investigators.

Meeks has consistently refused to respond to media inquiries about his shady dealings.

What does Meeks have to hide?

I would say Meeks has a boatload to hide.

But in fairness, I do not blame or criticize Meeks for exercising his Fifth Amendment right against self-incrimination. “No person… shall be compelled in any criminal case to be a witness against himself…”

Meeks is afraid, and legitimately so, that any statement he makes to investigative authorities or even the press could ultimately haunt him in a criminal prosecution.

I am certain his lawyers advised him not to make any statements concerning the allegations.

As a criminal defense lawyer, over the past three decades, I have fiercely defended the right of my clients not to be a “witness against themselves” by cooperating in a criminal or administrative investigation.

Indeed, I take great pride in defending the right against self-incrimination in a landmark case in the California Supreme Court which has had a transformational impact on criminal procedure in California.

Not that “Stonewall” Meeks needs legal advice, but he would be smart not to talking to investigators or prosecutors for any under the table payments he has received from the TPLF.

Nonetheless, while I respect and defend Meek’s exercise of his right against self-incrimination, I make no apologies in probing into and challenging his political decision to push for sanctions against Ethiopia.

Indeed, I have the constitutional right to question whether he is paid under the table by the TPLF and how much he has collected and how much more he expects to collect after sanctions are imposed on Ethiopia!

There is no doubt in my mind that

Meeks and the Princess of Darkness Susan Rice are playing tag team in the executive and legislative branches in coordinating sanctions against Ethiopia.

the TPLF has provided Meeks substantial financial incentives (payola) in a manner that cannot be easily traced to push for sanctions and other punitive actions against  Ethiopia.

Meeks is a politician who prefers cash and “under-the-table” deals.

Crooked Greg is more crooked than a bag of snakes.

Is there any doubt Meeks is on the take from the TPLF as chair of the House Foreign Relations Committee?

Is there any doubt the TPLF will not reach out to Meeks with a little somethin’ something’ as chair of the House Foreign Relations Committee to put the squeeze on Ethiopia?

Birds of a corrupt and criminal feather flock and steal together.

The ironic thing is that the TPLF managed to evade accountability and justice for 27 years because it got the protection of U.S. policy makers.

Meeks also evaded accountability and justice for the past 23 years because he got the protection of powerful politicians in Congress and the Obama administration including Obama’s Attorney’s General Eric Holder and Loretta Lynch!

Meeks and the TPLF got away (for now) because of a rigged justice system.

True this: “The arc of the moral universe is long, but it bends towards justice.”

On a personal note, I detest sanctimonious crooks and hustlers!

CROOKED GREG: HOW MUCH DID THE TPLF PAY YOU TO PUSH SANCTIONS AGINST ETHIOPIA?

Crook-gressman Gregory Meeks: How Much is the TPLF Paying You to Push Sanctions...

Hope,fears in connection with upcoming election

Crypto in Emerging Markets – A Chat with Pomp and Luno...

[embedded content] After tweeting about his interest to interview an African entrepreneur...

A Deliveroo advert, which suggested customers can get deliveries from different...

Welcome to Jobwebethiopia.com. This website helps you to achieve your career dream...

UN experts say states must act on ‘disappearances’ of migrants

India, the third worst-affected country in the world, has reported a record number...

Merchants of Atkilt Tera talk their grievance. The greatest vegetable and organic...